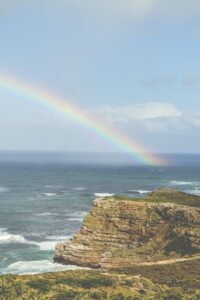 Not long ago my husband and I had dinner with some friends that pastor an amazing church in eastern Kentucky.   When the food is awesome, but the company is even better, you know you’ve had a good night!  Whether they knew it or not, the time they spent recounting some of the occasions in their lives when God had given them supernatural provision were SO encouraging to us.

As he was describing time after time how the Lord had worked out amazing situations for them, and given them divine favor, he made this statement, “The Lord never forgets a promise.  Even when you do.”

I pondered that.  THAT, my friends, is a powerful statement.  A powerful reality.

Humans break promises all the time – even when we don’t mean to.  It isn’t always malicious, or spiteful (although on some occasions it is).  Sometimes we just genuinely forget or fall short.  People fail us.  It’s a by-product of a sinful world. People let us down.  It’s part of the human condition.

Numbers 23:19    God is not human, that he should lie, not a human being, that he should change his mind. Does he speak and then not act? Does he promise and not fulfill? 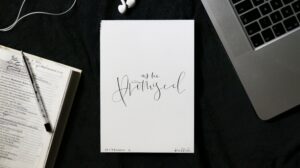 I have sweet friend that often reminds me, “God is not schizophrenic.  He doesn’t tell you something and then change his mind!”

Now I don’t know about you, but there have been promises from God in my life that seemed to happen pretty easily, and some that felt like they were a little harder fought.  There have also been promises and things that I waited for, prayed about, and wrestled with for literally decades, and some that I have yet to see the fulfillment.  Can any of you relate to that?

When God sent angels to tell Abraham that he would have a son and father a great nation, Abraham was 75 years old.  Can you imagine?  I know when we sit in church and read the story, and we get to the part where Sarah laughs, (Genesis 18:10-15) we all are kind of disappointed in her. We sit there in our 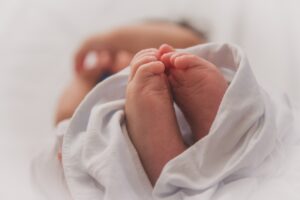 padded pews and shake our heads and say, “How could she doubt God?”  But I’ll just tell ya, I’d have been right there with her.  She got in trouble with the angels for laughing, but I’d have gotten in trouble for snorting goat milk out of my nose. “WHAAAAT?! A BABY?? I think y’all stopped at the wrong tent.  You’re looking for those young newlyweds 3 tents down.  It’s okay, we accidentally get their mail all the time.”

Y’all, it would have been a miracle if that promise was fulfilled right then, but Abraham and Sarah waited 25 years for that promise!  He was 100 years old when God gave them Isaac!!

In fact, God is STILL actively fulfilling that promise to Abraham and to his descendants!  Some of his descendants don’t even KNOW that they are experiencing favor because of a promise God made with Abraham, but that is irrelevant.  God knows. He is a covenant-keeping God.  God takes his promises seriously.

Think about Noah.  Some scholars think it took from 100-120 years for him to build the ark!  Would you get discouraged if you waited that long between the word God spoke, and the time you first saw rain?

Daniel waited 70 years as a captive in Babylon.  He lived in a foreign land and waited a lifetime to see God’s promise fulfilled. 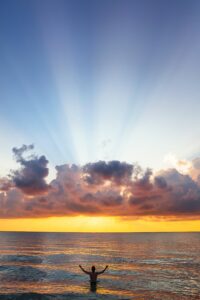 Psalm 36:5-7 TPT    But you, O Lord, your mercy-seat love is limitless, reaching higher than the highest heavens. Your great faithfulness is infinite, stretching over the whole earth. Your righteousness is unmovable, just like the mighty mountains. Your judgments are as full of wisdom as the oceans are full of water. Your tender care and kindness leave no one forgotten, not a man nor even a mouse.  O God, how extravagant is your cherishing love! All mankind can find a hiding place under the shadow of your wings.

So what do YOU do when God has made you a promise, and you have been waiting forever?  Do you start to get flustered and aggravated thinking you’ve missed it?  (Did God REALLY promise me that?  Did He REALLY speak to me?  Is that what His word REALLY means?)  Do you start to second guess yourself and think about ways that YOU can make it happen?  (Just like Sarah and Abraham did.  Hello Ishmael!)

Enough about Abraham, babies and goat’s milk, what about you?  What promises has He made to you?  Maybe God didn’t send you angels, but that doesn’t mean there aren’t still promises.   Has he spoken to you through His Word?  It’s FULL of promises to us, His 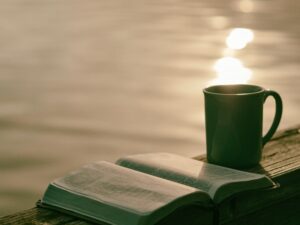 children.  Has he spoken to you in prayer?  Are you waiting on a promise?

Think about all the people we have talked about.  What do they all have in common? They waited, sure, but HOW did they wait?  They waited expectantly.  They prepared.  They believed.  They LOOKED for it.  The KNEW in their hearts that it was coming…because God said it was coming.

So if you have a promise from God, prepare for it.  Have faith! Be expectant.  Even when it takes F O R E V E R, God doesn’t forget a promise.

And the LORD answered me: “Write the vision; make it plain on tablets, so he may run who reads it.” ESV

to equip the saints for the work of ministry, for the building up of the body of Christ, ESV